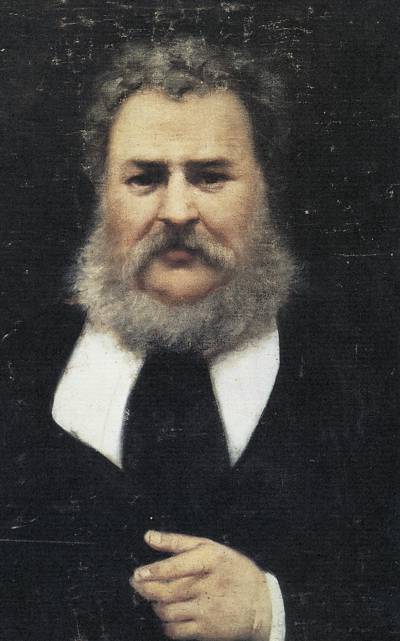 Carlo Gatti (1817-1878) came to London from the Italian speaking part of Switzerland in 1847 and began his business selling refreshments from a stall. The stall sold a kind of waffle sprinked with sugar, and chestnuts in winter. He lived in Holborn where there was an Italian community, including some relatives of his. By 1849 he had built up his business and was ready to go into partnership with Battista Bolla, also from Switzerland. This was a café and restaurant - a rare thing at the time. They added chocolate to their range, imaginatively putting a machine for making it in the shop window. Gatti may have been the first, or one of the first, to offer ice cream for sale to the public. We know that Gatti cut ice from the Regent's Canal under a contract with the Regent's Canal Company.

At the great Exhibition in 1851 Gatti and Bolla exhibited their chocolate making machine. It was not their own invention but imported from France, but a novelty in London at that time. Queen Victoria herself may have seen it there. In the same year Carlo Gatti established a stand in Hungerford Market, near Charing Cross. He sold pastries and ices in little shells. The Penny Ice caught on rapidly and Gatti was at the forefront of selling ice cream to the ordinary man or woman, who had previously been unable to afford a taste of such luxury. In Hungerford Market too, Gatti established a continental style café modelled on those in Paris, and suitable for a family. The business empire continued to develop but in 1854 Hungerford Market was burnt down in a huge fire. Fortunately Gatti had taken out insurance, which was relatively unusual.

The wisdom of insurance enabled Gatti to invest in a new venture, a music hall on the site of the destroyed market, Hungerford Hall, which opened in 1857. A number of family members were involved. In 1862 Gatti was generously compensated by the South Eastern Railway who required the plot for their new Charing Cross station. It seems he re-invested in his growing business as an ice merchant. Gatti is recorded as an ice merchant at 2, New Wharf Road, in 1860 but the well at 12-13 New Wharf Road was probably dug in about 1857, when his first import of Norwegian ice, a consignment of 400 tons, is recorded. The second ice well was built around 1862. Like his catering business the ice merchant business expanded and Gatti had a number of other wells built along the Regent's Canal. He had a fleet of ice delivery carts - the picture to the left is of a model in the museum.

In his later years Gatti was involved in music hall enterprises, but other members of the Gatti family seem to have played the main roles in these businesses. From about 1871 onwards Gatti spent much of his time back in his native land where he had married his second wife, a woman of only 23. He died in 1878 , aged 61, and is buried in Switzerland. 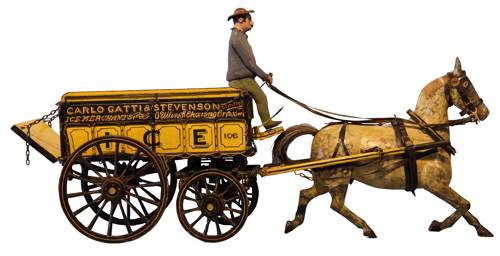