Superposition at London Canal Museum was a magical exhibition of art that inspired hundreds of visitors between 24th August and 20th October 2013. Commissioned by the Institute of Physics, it was inspired by the work of particle physicists and installed in the atmospheric surroundings of the ice well beneath the museum. Particle physics experiments often take place underground and sometimes below ice.

Superposition on your mobile 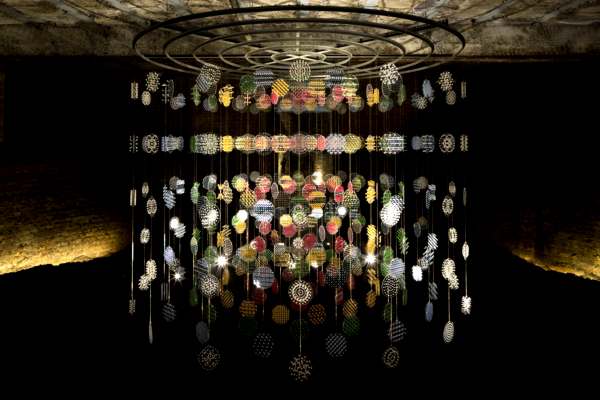 Lyndall Phelps is an installation artist whose work is often site/context specific and strongly process based, relying on research and collaboration with a range of individuals and organisations, whose interest reflect her own. She is drawn to an eclectic mix of subjects including history, flora, fauna, the military, flight horticulture and architecture. Even though many of these are strongly embedded in the scientific, she aims to uncover the highly personal and emotive within their academic framework. 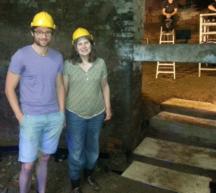 Ben is a research associate at Queen Mary, University of London working on the international T2K experiment. He is interested in taking nature apart and stripping it down to its indivisible components, the fundamental particles, to figure out how our Universe today was created and what it is made from. He was awarded the IOP Physics Communications Group's 2012 Physics Communicators Award and the IOP's High Energy Particle Physics Group's 2012 Science in Society Award. These outreach prizes were for a wide range for projects engaging a wide range of audience; from school students with LEGO Physics through to adults and art enthusiasts with Jiggling Atoms and Super-K Sonic Booooum! As part of the T2K experiment on which he works, he has a management role in the experiment's computing and data distribution, while also using various statistical techniques to develop new analysis methods for squeezing more physics out of the experiment's data.

Superposition is a pilot artist-in residency programme with the aim of engaging adult audiences with contemporary physics. The Physics in Society team at the Institute of Physics (IOP) commissioned artist Lyndall Phelps to collaborate with particle physicist Ben Still from Queen Mary, University London to create an artwork inspired by Ben's research in the field of particle physics. For several months Ben and Lyndall were in dialogue, exploring particle detection and detectors, data capture and visualisation. This in-depth and evolving conversation is charted on a project blog.

This pilot phase of Superposition was funded by IOP, the Arts Council England and supported by Gina Agnew Contemporary Art (the commercial gallery formerly representing Lyndall). 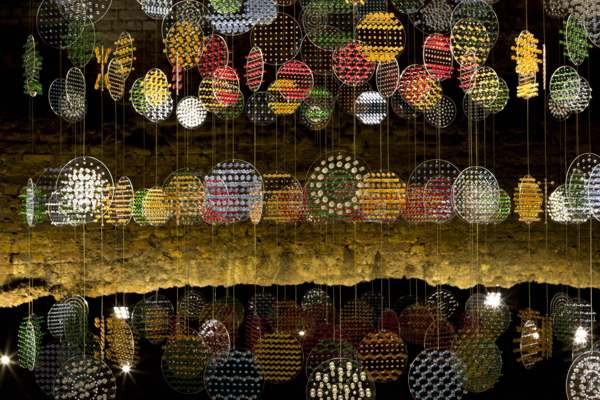 The exhibition in the ice wells at London Canal Museum ran from 24th August to 20th October 2013.

Two essays were specially written for the project. Tom Freshwater, Contemporary Art Programme Manager for The National Trust, wrote about the artwork, which he called "A collaboration about everything". Dr. Ben Still wrote about neutrinos, the basic building blocks of nature. "To see a neutrino, we first go underground", he wrote. These essays were compiled into a pamphlet, with a limited print run. It is available in PDF format; you can download the essays here. You can also read the essays on your smartphone on our mobile website.